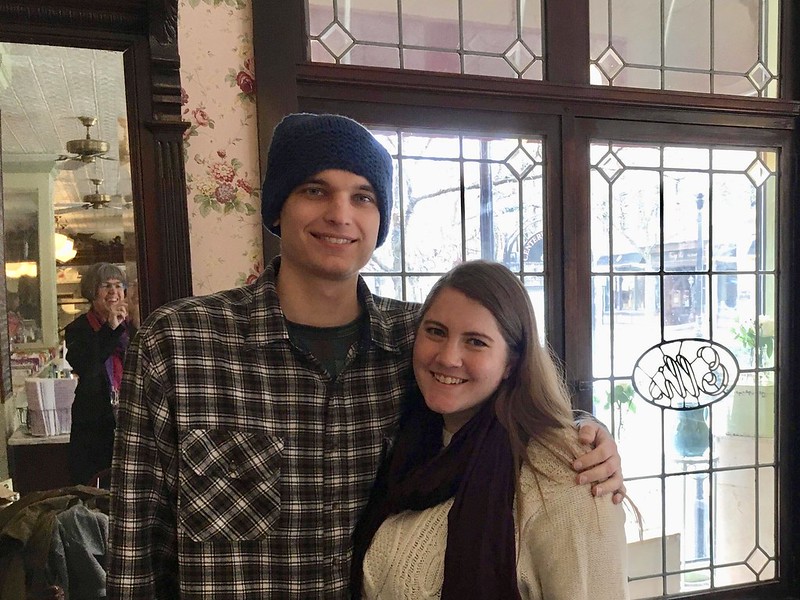 Back in January, my sister (you can actually see her reflected in the mirror in the picture above) asked if I would knit a hat for her to bring when she visited her friends in New York.  Their son, Morgan (that's him and his wife) was having chemo.  Again.   Well, yes, I would make a hat.  It needed to be a quick knit, because there wasn't much time before she left.  And I knew from experience that it needed to be soft, and since it was going to New York in the winter, warm.

So, I went yarn shopping for something bulky and soft.  After checking out my two local yarn stores, I went online.  At Tolt Yarn Yarn and Wool, I found Woolfolk's Hygge yarn.  Wool, alpaca, and silk, and superbulky.   And there were "good" colors.  I should add that at this point I began digressing from Marilyn's original request, that the hat be in the colors of one of Morgan's favorite hockey teams.  I think this blue might, in a pinch, be kind of okay for one of the teams.

Looking on Ravelry for pattern ideas, I found Susan Lawrence's Iconic, which pays tribute to Delicate Arch, in Arches National Park.  I knew from Morgan's blog that he and Christina love road trips to visit National Parks when his health allows.  So maybe this would be a good direction to go.  The pattern has two versions, a more peaked version, and the beanie version (as above).  I gave my sister the choice, but I agree that the beanie version was a good decision.  The directions say that this hat takes every bit of one skein of this yarn.  Well, my gauge must have been just a bit off, because I ALMOST finished the hat with one skein.  With deadline looming I called Tolt and got a second skein of yarn. Finished the hat.  Washed and blocked it, and met my sister for the hand-off.

It was so fun to get this picture of Morgan in the hat.  I hate that he has cancer.  I only know him from his blog, but I reserve the right to hate that anyone has cancer.  But I'm glad I got to be part of my sister's plan.

And then of course, I had most of a skein of very nice, not cheap yarn.  So (though the pattern as written is better) I fudged a bit and knit a second hat with LESS than a full skein of yarn.  I made the band around the edge less deep, and did steeper decreases at the end so I had enough yarn to graft the stitches together at the top.  And so my husband got an extra warm dog-walking hat out of the deal. 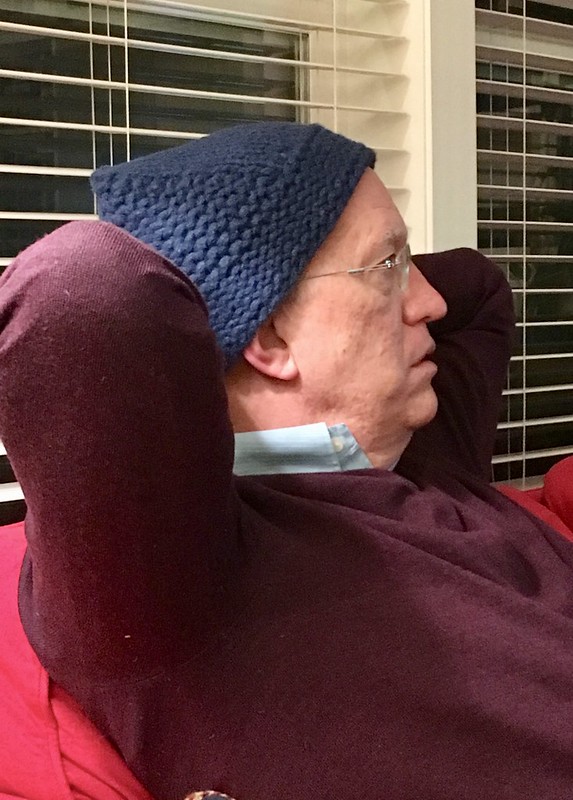 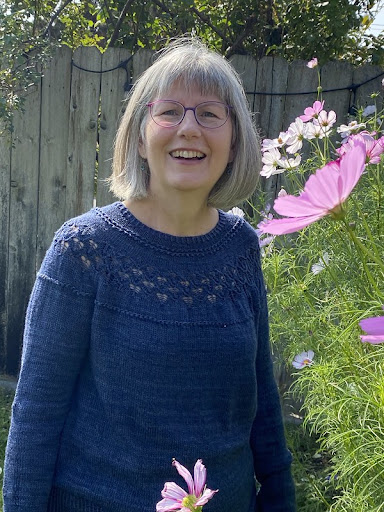